A real Alpine adventure following a route known as La Via delle Normali.

The itinerary includes an ascent of Cima Tosa (3136 m) followed by a traverse to Crozzon di Brenta (3135 m) and the Ettore Castiglioni bivouac hut on the summit. On the second day we follow in the footsteps of the first ascensionists to return to Val d’Ambiez along the Via Normale, known as the "Chimney" route, and then down the Livio Brentari Via Ferrata. 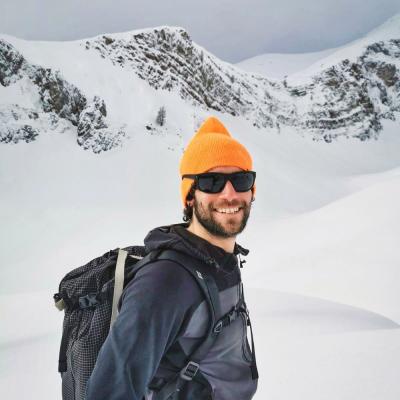 From the expert's mouth

"Dawn on the summit of the Crozzon di Brenta is worth all the effort and unlikely ever to be forgotten!" - Emanuele Dellai

We are Manuel Zambanini and Emanuele Dellai, mountaineering professionals. Ambiez Mountain Guides was founded on friendship and a love for mountain adventure, which we have decided to pass on to others by working as Alpine Guides and mountaineering instructors.

A two-day experience bookable from Monday to Friday for a maximum of two people.

Breakfast in an Alpine Farmhouse

Family excursions on the Paganella

Experiences in the Piana Rotaliana wineries and distilleries

THE DAWN ON MONTE FAUSIOR

A panoramic route by e-bike

Send the link by email